Birmingham, Alabama, drew a difficult resource portfolio in the Minerals Lottery.  Although there were commercially useful deposits of iron ore, coal, and limestone close-by, which would seem to confer a locational advantage, those deposits were not as good as Pennsylvania coal or Minnesota ore.  And thus, although the major steel companies established integrated mills around Birmingham, the principal metal-working of the area was iron products.  Much of that iron was smelted in the Sloss Furnaces, the subject of W. David Lewis's ethnography, or perhaps history of technology, Sloss Furnaces and the Rise of the Birmingham District:  An Industrial Epic.  Instructive reading for Book Review No. 15.

I chose the title of this review deliberately.  Vulcan stands watch over Sloss Furnaces, and sharp-eyed visitors to his park can pick out the locations of the steel plants, working or abandoned, integrated or mini-mill. 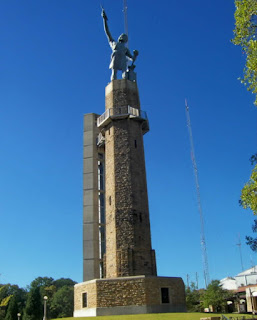 Birmingham is also home to the jail from which Rev. King wrote his famous letters, and the Birmingham Civil Rights Institute is across the street from the Sixteenth Street Baptist Church, where the bombing death of three girls got the rest of the country to notice the Civil Rights protests in progress. 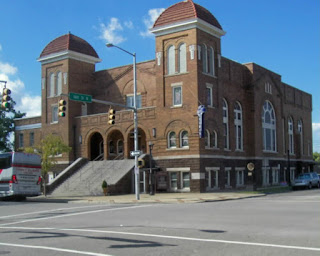 There are two historic walks leading from the church and the institute into downtown Birmingham, with explanatory markers, if you want to think of them as secular stations of the cross, you're not mistaken.  Well worth your time, particularly on a pleasant afternoon. 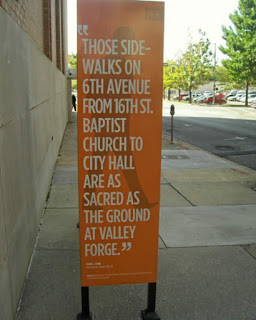 And the Industrial Epic makes clear that there is a connection between the merchant pig iron business and the official repression of Birmingham's black population. 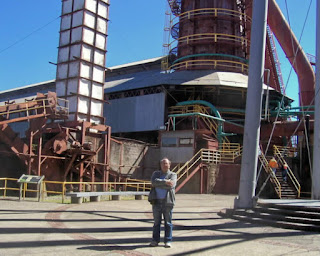 Behind me, one of the two furnaces and cast-houses that has been cleaned up and equipped with walkways safe for the recreational visitor.  To the end, much of the casting was done in the traditional way, with iron diverted from a runner (the sow) into trenches dug in sand (to cast the pigs).

One of the engineers at Sloss, Edward A. Uehling, patented a pig-casting machine in 1895.  Images copied from pages 206-207. 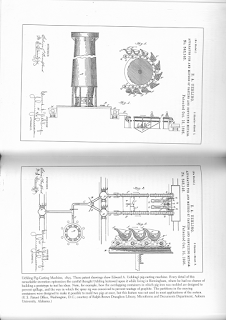 That's a precursor of a two-strand continuous casting machine.  Note in Fig 1. that Mr Uehling did not have use of a bottom-tapping slide-gate ladle at D for a continuous cast into the tundishes at E.  He also gave a lot of thought to keeping the iron from sticking to the mold, a challenge that contemporary metallurgical engineers still face.

But continuous casting of uniform quality pigs is not compatible with supplying merchant iron to a variety of foundries.  In some cases, the foundryman has to break the pig and look at its microstructure before deciding what to cast.  Some iron will only be good for sash-weights, some can be cast into cookware, others will be suitable for steam-heating radiators or engine blocks.  And the early Iron Age method of tapping the furnace and directing the metal through the sows and into pigs produces that kind of variety.  But to support the artisanal foundries, somebody has to dig sand for the sows and pigs and walk carefully through the cooling iron to retrieve the pigs and then re-set the sand, which is still cooling.  And thus the connection of Sloss and the Civil Rights campaign.

Prior to emancipation, the iron plantation relied heavily on slave labor.  After emancipation, former slaves and their descendants could be kept on the casting floor by Jim Crow or by the prison system ... if I had wanted to stir people up, I could have referred to Vulcan's Gulag where the use of prisoners sentenced to hard labor is concerned.

But it was neither the end of Jim Crow nor the rise of environmentalism that led to Sloss closing, rather it was the shrinkage of the merchant iron business to something more explicitly artisanal than industrial.  There is evidently an artisanal foundry in the cast-house not open to the public, but it procures its iron elsewhere. 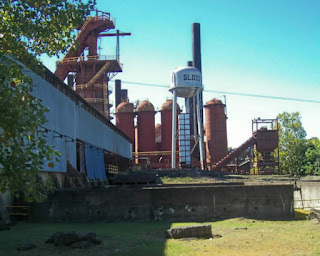 I bought the book and a large cast-iron bottle opener at the museum shop.  Had there been more space in my luggage, I might have added a skillet to the haul.