Pulphead: Essays, by John Jeremiah Sullivan
Sullivan's easily one of my favorite living essayists. And a neat thing about this collection (only a couple of which I'd read before) was seeing the breadth of topics he chooses.
(107)

Trail of the Spellmans, by Lisa Lutz
I am not as head over heels in love with this series as I used to be, but the humor and detail-orientedness of the protagonist's voice are still enough for a good time.
(109)

The Wise Man's Fear, by Patrick Rothfuss
"Picaresque" is the word that came into my head a few times while I was reading this. Not sure it really fits, but I have the same set of connotations in my head (and they're good connotations). You would think a thousand page novel would drag, but no.
(110)

Captain Awesome to the Rescue, by Stan Kirby
The kid I bought this for will probably like it as much as I would've when I still had a single-digit age. It didn't do a whole lot for grown-up me, though.
(111)

Alif the Unseen, by G. Willow Wilson (e-book, ARC)
Young hacker who lives to protect dissidents (any kind of dissidents) from a repressive state goes through a hero quest to rival anything in the Thousand and One Nights. Mystical books, and djinni, and Middle Eastern politics, oh my. Some YA-level romance too. I read somewhere where the author said normally she had so many different audiences, as an American convert to Islam who has worked extensively in comics, that she wanted to write something for all her audiences at once. She succeeded with this; I'll definitely be seeking out her other stuff.
(112, A3)

The Character of Cats, by Stephen Budiansky
Meh. I think the best of Reaktion's Animal series has spoiled me for the rest of the panoply of mildly-thinky-books-about-creatures. Or else this one just wasn't all that great.
(113, O40)

The Year of the Flood, by Margaret Atwood
As I was reading this, I finally put my finger on why it is that I like Margaret Atwood so much: no matter how implausible (or even incoherent) her plots and worldbuilding get, her characters, and especially their conversations, are always amazing. Not one of her best works, this, but a good one.
(114)

The Bones of Avalon, by Phil Rickman
For some reason this story about John Dee and Glastonbury felt more Edwardian than Elizabethan. Also it would have been better shorter. That said, it was still pretty good. I would read the next one, but I won't be on tenterhooks for it the way I am about his modern-setting stuff.
(115)

French Ducks in Venice, by Garret Freymann-Weyr
Sweet and weird. Will probably give niecelings a copy if they seem like they would like it, once they are old enough.
(116)

Thinking, Fast and Slow, by Daniel Kahneman
I was telling my friend about this book and she said, "Sometimes I enjoy books like that because they help me stay a critical thinker." That's a pretty good description. Too many points of "Wait, REALLY?" and false generalizations to really say I enjoyed myself (though there were plenty of interesting bits). Protip: you don't have to be "abjectly poor" to care deeply about a net-wealth change of a couple thousand dollars.
(117) 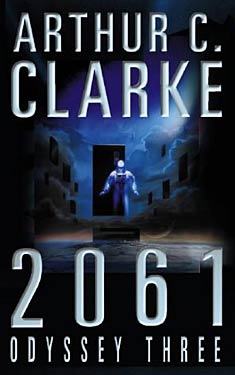 Since there are some spoilers for the first two books in the Space Odyssey series, I’ll put this behind a spoiler cut.

This book is about Heywood Floyd (from the first two novels) aged 103, going to visit Halleys Comet, but soon becomes a story about a rescue mission to a craft that has landed on Europa, which apparently humans aren’t allowed to land on according to a cryptic message received from the alien Monoliths. Also, Jupiter has been devoured (as of the end of 2010: Odyssey Two), making way for a new sun called Lucifer.

The best bits of this book are the vivid way that Arthur C. Clarke describes the spectacular alien landscapes, including “sharks” swimming around in the oceans of Europa, but apart from that the story felt a bit unoriginal, and was very slow moving, and far too long-winded at times, being very talky and full of detailed backstories of characters and events, which at times just felt like they were there to pad the story out.

The book also has Dave Bowman and Hal showing up again, though they only make a brief appearance at the end.

Overall, it wasn’t a great book, and not as good as the two that went before it, but worth giving a go.

Hi all,
I am very happy to have found this community. And since this is my first post, I feel the need to say a few word about myself. I am an omnivorous reader. And with a Kindle, my addiction has ony grown worse :) I have never counted though, so I am not sure if I had ever made it to 50. So I thought it would be fun to join: to count and to see what others are reading.
I've decided to starting from May 2012, and next time I will have a much smaller batch, I swear.

This is Virginia Woolf's long essay on the state of women writers in England. She reflects on the work of past authors such as the Brontë sisters and Jane Austen and attempts to explain on what were their artistic decisions based. Woolf's conclusion is that a woman writer needs "a room of her own" and the moderate financial independence that comes with it in order to have the freedom to write about the modern condition.
Some readers see this essay as being elitist because of the financial aspects of her theory. I don't think this is a valid criticism considering that the fact that people needed (and to a certain extent still need today) money to have the time to write is far from controversial.
This essay is not her most ambitious work, but it is worth reading for those who are interested in gender studies.
2/5

Haggard is the author of King's Salomon Mines (which I haven't read) and She is another colonial romance of the lost world genre that is set in Africa. The plot focuses on two main male characters, Holly and Leo, who go on an adventure to find and kill the murderer of Leo's ancestors. The murderer turns out to be the most beautiful woman in the world, also known as She-who-must-be -obeyed, who also happens to be immortal and forever young.
She is certainly not a well-written book, but it is an easy read. What makes it interesting however, is its racism, misogyny, and the different sets of (Victorian) dichotomies concerning gender, race, religion and almost everything else under the sun. It also shows a great deal of interest in the science of the time, and especially the rise of Darwinism, both as a scientific theory and as a social theory.
I would recommend this book only to those who are particularly interested in the Victorian age and its ideas, as well as those who study post-colonial theory. Please prepare to be annoyed.
1,5/5

Possession takes the form of a detective story with literary critics replacing the traditional detectives. The two main characters of this novel are specialized in two major poets of the Victorian age (that came out of Byatt's imagination), Randolph Ash and Christabel LaMotte. By going through a wide range of letters, diaries and poems, they seek to find the truth about the connection between the two poets and the buried secrets that surrounds it.
Above all things, I love books about books. So you can imagine my excitement when I finally got my hands on this novel that is not only filled with books within books, but is also widely acclaimed. Unfortunately, while Byatt's ability to recreate poets and poetry from the Victorian Age is to be praised, her novel is sprinkled with faux-pas that I consider unforgivable.
First of all, past the first 100 pages, Possession becomes extremely predictable with its different layers of love-stories and parallels between the poets and the scholars. The ending is far from being mind-blowing. Secondly, it is at times VERY cliche. The secondary characters are often one-dimensional and their motives are flimsy. Even though I am French, I can say that I was very shocked by the character of the American Mortimer Cropper. Because he is American, Byatt makes him greedy, power-obsessed and someone who hates to drink tea and prefers coffee (I mean, of course, he's American). She even uses gun metaphors to describe him, which is beyond pathetic.
I don't understand how a book like this could be so acclaimed. I do not recommend it.
1,5/5

This short novel, first published in Houses Without Doors, follows professor William Standlish as he travels to England on an Esswood Fellowship, which is awarded to very few to study their private library and files for literary research; he leaves his pregnant wife at home. I was disappointed in this book. The story is vague and convoluted. Time is fluid, at one moment looking at the present papers, then showing a time far past, and then uncertain if the events take place past, present, or future – all with little indication of which is which. The ending is not satisfying, and the language and pacing try to mimic turn-of-the-century Gothic styles of writing unsuccessfully.

Ray Bradbury first published this classic Halloween short story in Mademoiselle magazine in 1946. A family reunion of monsters, as seen by a young boy who was born normal, who wishes he had something special about him that made him fit in with his family. It’s sweet, and sad, and very precious. This re-issue is illustrated by Dave McKean, one of my favorite artists.
Collapse