Book #27 was "Midnight in the Garden of Good and Evil" by John Berendt. I'd seen the movie based on it a couple times but just recently got around to reading the book. Unlike the movie, the book is more a loosely-related collection of stories about live in Savannah, Ga. in the late 1980s. The murder trial of Jim Williams does thread through the whole book, but there are many more eccentric characters in the book than they could cram into the movie. I found this highly entertaining and very readable.

Book #28 was "Lucky," a memoir by Alice Sebold. It's the story of her rape at age 18 while a freshman in college, how she prosecuted the rapist and how it affected her life. The book is an intense read, and she starts right off with a pretty graphic description of it, only filling in back-story later. It's surprisingly funny in places (I laughed out loud at some of the pranks she pulled on her parents and college roommates) and while I wouldn't say it's "uplifting" exactly, it's not as much of a downer as you might expect. I'm really interested in reading her novel "The Lovely Bones" now.

A Kindle single, i.e. an essay in which Johnathan Biss, a performing pianist, tells about his love for Beethoven's music and his quest to record the all the 32 sonatas. Being a (very amateur) pianist myself and having been in love with Beethoven's music since I was about 10, I found this very interesting and touching.
Biss also discusses how recording is different from a concert, and how we are used to hear perfection (whatever that is) on our CD, whereas in a concert hall minor glitches and inaccuracies do not matter but rather add charm and personality to the performance.
All in all, nicely written. 4/5. 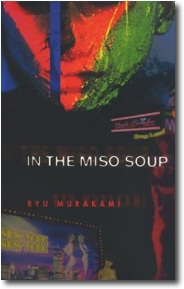 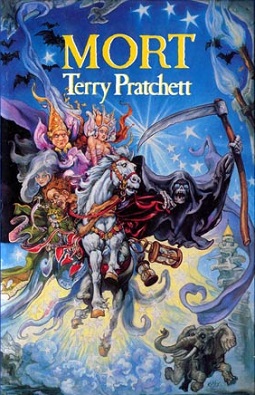 The fourth Discworld novel is the funniest yet, but it’s also one of the darkest in the entire series.

This book centres around Death, as he takes on a boy called Mort as his apprentice, resulting in a blackly humorous, and very original story. The main plot revolves around how Mort saves a princess from being assassinated, only for fate to start to “fix” the universe by altering reality, so Mort sets out to save her from her own fate, while Death starts to become more human.

This book also introduces the character of Albert, Death’s manservant, as well as the concept that peoples’ lives are controlled by sand in an hourglass; I loved the concept that everyone has a book that’s being written about themselves as they live their lives.

This all leads up to a very satisfying conclusion, and even a cameo appearance from Rincewind, the wizard from the first two stories. Personally, any book that revolves around the character of Death is fun for me, and I found his attempts at living like a normal person to be one of the book’s highlights.

Next book: 3001: The Final Odyssey by Arthur C. Clarke

Celebrity in Death by J.D. Robb